Let's start off by saying I had an instant connection with this couple. With the Bride's name also being Lauren but the Groom's last name being the same as mine too!! What are the odds!? 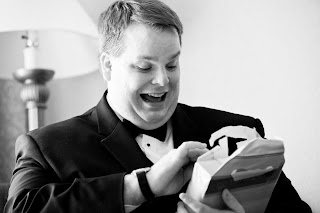 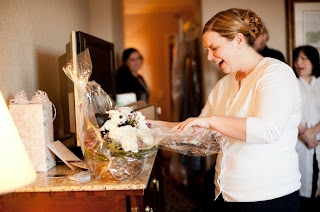 Spring had graced us with an absolute perfect day for Lauren and Tim's wedding day. With her mom and bridesmaids by her side, Lauren prepared for the day at Omni Hotel in downtown Philadelphia. Then amongst lots of laughs and a few tears the soon to be newlywed’s exchanged gifts before setting out for the ceremony at Old St. Joseph’s Church a few blocks away.

With the ceremony in one of the oldest churches in Philadelphia there was no doubt beauty abound. Vows were exchanged, first kisses were bestowed, and joy filled the air. 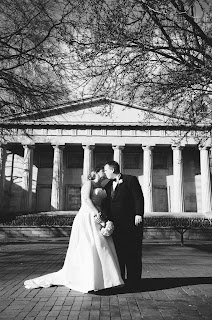 So when you think of a Center City Philly wedding you immediately think of all the logistics that go into getting everyone from one location to the next but the bride and groom were incredible and thought of this well in advance…the ceremony, pictures, reception, and hotel were all within, get ready for it…walking distance!!! Oh yeah, and since it was such a beautiful day we did just that!


Pictures were taken at Second Bank Park before heading to The Ballroom at the Ben where the bride and groom actually live – oh yeah forgot to mention that part; so clean up at the end of the evening was a breeze! As always we were right on time and the bride and groom arrived at cocktail hour with plenty of time to enjoy the scrumptious food and their delightful guests.  They looked on as many complemented them on their unique guestbook puzzle that Tim’s aunt made!


The Ballroom was done up to the nines with beautiful floral provided by An Enchanted Florist at Skippack Village. The tables were adorned with favor cards by Little Women Design informing guests that a donation had been made in their honor to the American Cancer Society – so selfless!

Introductions were made, speeches were given and first dances followed – not a dry eye was to be found. Then before we knew it the party was in full swing and the 9 piece band, Second Vision, made sure of it, they were rocking! 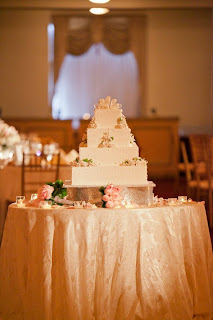 The cake by Termini Bakery alone was beautiful but Lauren and Tim went above and beyond and had not just a dessert bar but a full on dessert room! Debi Parker Photography and Blossom Productions were able to capture every magnificent second of it in both stills and video.


We were able to pull together all the details of this awesome fete with having only been hired two weeks prior with the help an amazingly organized Bride! The stress alleviations that we were able to provide were thoroughly appreciated and we were more than happy to just be a part of their day!

Check out this amazing highlight from Blossom Productions!

Here is what Lauren had to say about working with us!

"The problem with this review is that there are no words to describe how incredibly thankful I am for Lauren and the Something Blu team. I decided to hire a day-of coordinator two weeks before my wedding
(if I could find someone willing to take the job so quickly).continue reading.."